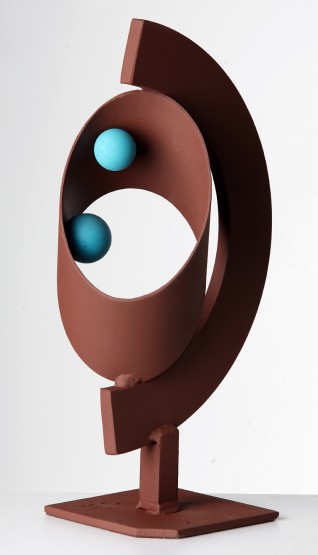 Niagara Falls native Bill Wilson is an accomplished artist.  His prize winning works have made their way into museums, galleries, and private collections throughout the United States, Europe and Canada.  The diversity of his work can be seen in varied media, such as Madam Tussaud’s Wax Museums, The Homer Watson Art Museum, jewelry lines for Wedgewood of England, International Silver Company and Blue Mountain Pottery of Collingwood, Ontario.
He studied painting at Niagara County Community College. He then took up an apprentice-ship under noted Canadian portrait painter Thomas Cayley.  After establishing himself as a prize winning painter, he then started sculpting. Sculpture soon became Wilson’s forte.  He studied portrait sculpture under Professor Paul Atkins at State University of New York at Buffalo.  His mold making skills were enhanced by the Polytech Institute in Lebanon, New Jersey.
Wilson taught drawing related to sculpture at Niagara University and demonstrated sculpture technique in all sculpture mediums to various art groups.  He served for eighteen years as President of the Niagara-on-the-Lake Art Society.  He has been included in the “Who’s Who in America” for his sculptures.  As a volunteer he has generously donated his time and artwork to several regional nonprofit groups for fund raising.  Wilson was especially pleased to be chosen the recipient of the Millicent Heller “Volunteer of the Year Award,” given by the Burchfield Penney Art Center.
Bill Wilson has  been commissioned to create sculptures for the Snapple Tea Company in New York, NY, WNED, TV Channel 17 in Buffalo, NY and Sisters of Mercy, in Buffalo, NY.
Some of his commissions also include: Large Outdoor Sculptures for the Starpoint School Courtyard and the Niagara Arts and Cultural Center. He has also created several pieces for private collections.
Bill is an exhibiting member of the Buffalo Society of Artists.